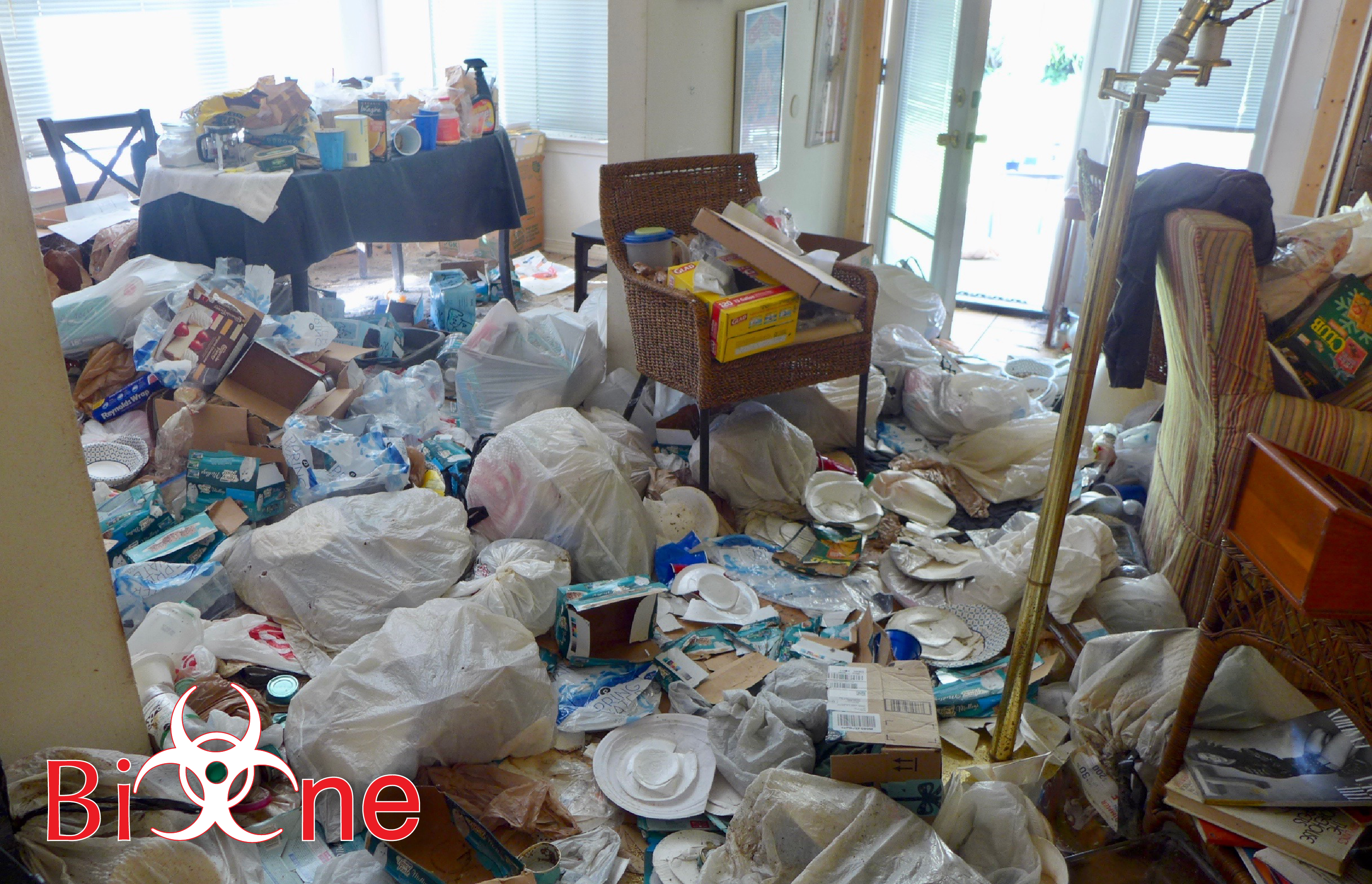 The term “hoarding” is frequently misused. People often use the word to condemn themselves— or their family members—for accumulating items like clothes and collectibles gratuitously. Though true hoarders share this tendency, it’s a far cry from a medical definition. Hoarding compels people to compile and preserve excessive amounts of clutter that have no practical value. Hoarders will grow so attached to these items— which often include dirty dishes, trash and rotten food—that discarding them causes severe emotional trauma. It is one of the most poorly understood and stigmatized disorders in America, and one of the most difficult to treat. Hoarding is more widespread then you may know. According to the Washington Post, hoarding affects 19 million Americans. That equates to about 6 percent of the population. The scope of the problem may seem surprising, but only because hoarders tend to keep their illness private. Unless clutter accumulates outside the home, the disorder can remain a secret for years. The issue has become severe enough to hire dozens of tasks force. These task forces exist for a simple reason: To curb the many dangers associated with hoarding. Though the disorder has profound psychological, financial and health consequences for the hoarder, it also jeopardizes the safety of neighbors. We’ve broken down the dangers associated with hoarding below:

The aggregation of clutter in hoarding situations creates unlivable spaces. Unfortunately, it also makes them highly combustible. Wall-to-wall piles of trash pervade homes, blocking exits and entrances that residents and first responders need to access during an emergency. Without any open space to mitigate a fire, these homes can burn really quickly. Because stoves, fireplaces and heating lamps are often filled and covered with trash, the risk of an outbreak rises significantly. Moreover, vermin that breed in these unsanitary environments can chew on electrical wiring in the wall, which may cause a fire.

Accumulated clutter often sits unattended, gathering blankets of dust that can affect air quality. Moreover, rotten food and waste produce heavy odors and release ammonia, which can lead to respiratory problems. Air circulation will diminish as oxygen vents are blocked, leading to a dangerous rise in carbon dioxide. Unfortunately, this situation gives mold and mildew the opportunity to grow and multiply quickly, releasing spores into the living space at an alarming rate. Because the air quality in these homes is so noxious, hoarding cleanup crews like Bio-One must wear respirators when they enter.

The sheer enormity of hoarding clutter can place stress on the home’s foundations. As the volume of items increase, so does the overall weight of the lode. Flooring has been known to collapse in these situations. Moreover, residents and maintenance workers have trouble accessing critical piping lines and electrical circuits inside and outside the home. Plumbing, gas and power issues can ensue, creating unsanitary living conditions and fire hazards.

Pests, such as rats, cockroaches, mice and fleas, thrive in hoarding situations. They are drawn to heaping mounds of clutter where they can feed and breed without being disturbed. Unsanitary living spaces, rotting food and trash attract them to the home, where they’ll likely stay as an infestation develops. In animal hoarding situations, waste and decomposing carcasses exacerbates the problem. Bacteria and airborne pathogens will pervade the home, spreading dangerous diseases like hantavirus pulmonary syndrome.

Hoarders will often stack their items on top of one another until their homes are filled with small mountains of clutter and trash. Heavy boxes, furniture and hardware can fall on top of residents and cause serious physical damage. The lack of navigable living space results in narrow, clutter-free passageways. But they are often rife with tripping hazards that can lead to broken ankles, noses and more. Sharp items, like knives, needles and broken glass may also be littered in this space. One false step and the resident can find themselves nursing a gushing wound that becomes infected.

For hoarders, living appliances like ovens, beds and bathtubs quickly become storage vessels. This curtailment of basic living appliances creates a series of problems for residents: Combustibles near stoves can catch fire; health and hygiene deteriorate for lack of running water; and clutter on beds force homeowners to sleep on the ground, removing their access to quality sleep. Water, gas and electricity to the home will shut off as bills—lost in a sea of trash—go unpaid. All the while, the compilation of clutter will continue to grow unabated.

Poor living conditions in hoarding situations are deleterious to the homeowner’s mental health. Studies show that the brain responds negatively to claustrophobic and disorganized living spaces, overwhelming the mind, creating stress and increasing anxiety. Given the magnitude of disarray in homes affected by hoarding, the effects on the mind are exacerbated. Most hoarders already suffer from attention deficit hyperactivity disorder (ADHD) and obsessive-compulsive disorder (OCD), and are at risk for loneliness, depression and psychosis.

Bio-One Pensacola can help if hoarding is impacting your life. Our technicians are experts at removing hazards, sanitizing property and restoring homes, so don’t hesitate to give us a call if you need assistance. We’re available by phone 24/7/365.